Generosity is a trait that Lisa and Jim learned from their parents Bill and Faye Elam. The couple made their first wish to separate Dayton from the A Special Wish Foundation a reality in 1983. Nearly four decades later, this connection continues with A Special Wish and a small donation box has a permanent place on the cake shop counter.

This relationship with society goes both ways.

“When we closed our doors due to COVID, we got a lot of calls and feedback, wondering what people could do for us,” Lisa said. “When we reopened, they were lined up around the block and down the block, all the way to the bank.”

Tradition is one of the building blocks of success. Founded in 1960 by Bill and Fay, the store was originally located in downtown Dayton. They have been in their current locations since 1979.

“Hard work pays off,” Lisa said. “We make all our own ice cream and cream fillings. We cut and shape the cakes ourselves, and there are no preservatives.”

This attention to taste and quality has earned the Centerville store national recognition from USA Today, Saveur Magazine, People, BusinessInsider.com, and Thrillist.com. They even yelled at Eileen.

“It blows me away every single time,” Jim said of the accolades. “I wish Dad was there to see her.”

Lisa and Jim bought the company in 1995 from their parents and the siblings have run it ever since. After all, donuts are in their blood.

“When I was a kid, I was in a crate on the chopping table while my parents worked,” Lisa said. We tell people, ‘Your kids had Play-doh, we had real dough. “ 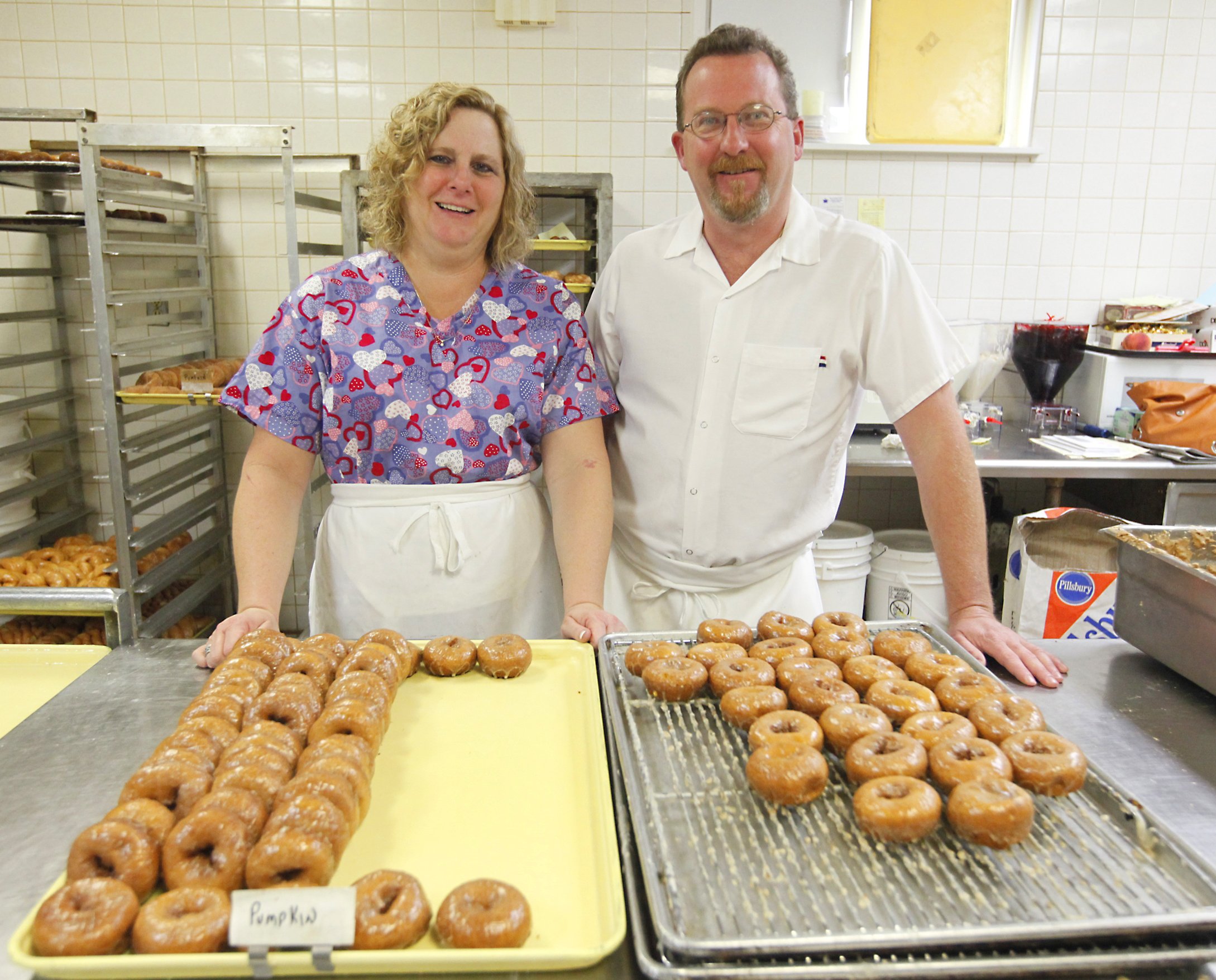 That’s not to say the smooth sailing of the award-winning donut shop. The pandemic shutdown in 2020 resulted in a 50 percent loss in revenue for the year. And while many of their employees have returned, they are still dealing with a staff shortage.

Times have brought changes in Bell

“People would sit down and have coffee and stay for a while,” Lisa said. “People are in a hurry now, we need to slow down and catch our breath.”

And she has a cake. After all these years, Lisa and Jim are still enjoying cake.

“We eat them a lot every day,” Lisa said.

“I eat a glass bait almost every morning,” Jim said.