Skip to content
It’s peak season for farmers’ markets. No matter what neighborhood you live in, you can find local products and handcrafted goodies near you. At Farmer’s Market Finds, recipe developer and freelance writer Ashlee Redger highlights some of the prominent local market vendors and creates a recipe using their wares.

About work: Pint’s Peak Ice Cream founder and former pastry chef Caitlin Howington has been involved in the food and beverage industry for over fifteen years. She got her start on the East Coast and, after earning a degree in Pastry Arts from Walnut Hill College in Philadelphia, worked in various restaurants (including a stint with Iron Chef Jose Garces).

Eventually, she exited the restaurant industry, choosing positions in hospitality sales, operations, and marketing as well as event management. After moving to Denver in August 2019, she joined the sales team at a high-end catering company.

But when it found its place in Colorado, Howington had artisanal ice cream in the brain. When she was laid off from her job in April 2020, it almost looked like Kismet. “It’s been ripping through the back of my mind for a few years at this point, and my background is pastry,” Hoeningtown recalls. “When COVID happened, the universe gave me all that time, so I was like, ‘I’m just going for it. “I created Pint’s Peak, and it took off right away.

Initially, she sold containers of her creations exclusively through delivery and pop-ups around town. As the business grew, Howington found places ice cream lovers could come to; Besides markets, you can now find Pint’s Peak at such companies as Leevers Locavore, Pine Melon, and Boulder-based Lolita’s Market & Deli.

While the flavors you’ll find weekly at farmers’ markets are a flash and you’ll miss them in turns, the innovative options Howington creates are delightfully memorable. One of the most crowd-pleasing flavors is Honeycomb Vanilla, which is scented with Madagascar vanilla and mixed with bits of honeycomb candy. Honeycomb is a golden caramel sugar candy that has been fanned with baking soda to create a light, crisp candy-like crunch. It’s an ice cream flavor loved in New Zealand, but underappreciated (yet) in the United States. It combines the texture of a crunchy candy with pockets as the honeycomb melts into a sweet caramel sauce. You can also get flavors like Smoked S’mores, a chocolate base with smoked chocolate fudge, graham and marshmallow crackers, and Cuban coffee topped with dulce de leche.

Howington often makes a limited number of special flavors for local festivals and events, such as the Mazel Toffee, which was created for the Boulder Jewish Festival and included flavors of orange blossom and chunks of salted pistachio. For FAN EXPO earlier this month, Pint’s Peak had flavors inspired by Lord of the ringsAnd the Weird thingsAnd the Game of thrones Jay and Silent Bob.

With Pint’s Peak growing in popularity, Howington says one of the biggest barriers to success is funding. “[It] It’s a huge challenge for startups, and people don’t necessarily talk about it,” she explains. They don’t tell you that you don’t really qualify for a small business loan or a traditional bank loan until you’ve been in the business for at least two or three years.”

In recent months, Pint’s Peak has had to move out of her former co-op kitchen after outgrowing the space—and the ice cream maker, who took half an hour to whip up six liters of base ice cream (a rate that made Howington feel “always late”) had a new machine on her mind, A machine that can produce four times the amount of ice cream and operates in eight-minute bursts…

Pint’s Peak has received assistance from a variety of sources in its fundraising efforts, including the Colorado Venture Fund, which provides loans to businesses that do not yet qualify for traditional small business loans. It has also received grants, notably through organizations that focus on women-owned startups, such as WomensNet and HerHeadead.

Notably, Howington launched a group loan through Kiva.org in April of this year. Kiva is known for its reputation for facilitating financing for small women-owned businesses and POCs worldwide. The loan met its $15,000 goal in just a few weeks with the help of just over 300 lenders. Barring any (more) supply chain delays, Pint’s Peak will be producing more ice cream than ever before by the end of July.

With a new ice cream maker on the way, Howington already has big plans for the future. Once the farmers market season is over, she plans to build a mobile ice cream truck for next year. Along with the scoop ice cream, it will also serve up more goodies like ice cream sandwiches, sundaes, and floats. 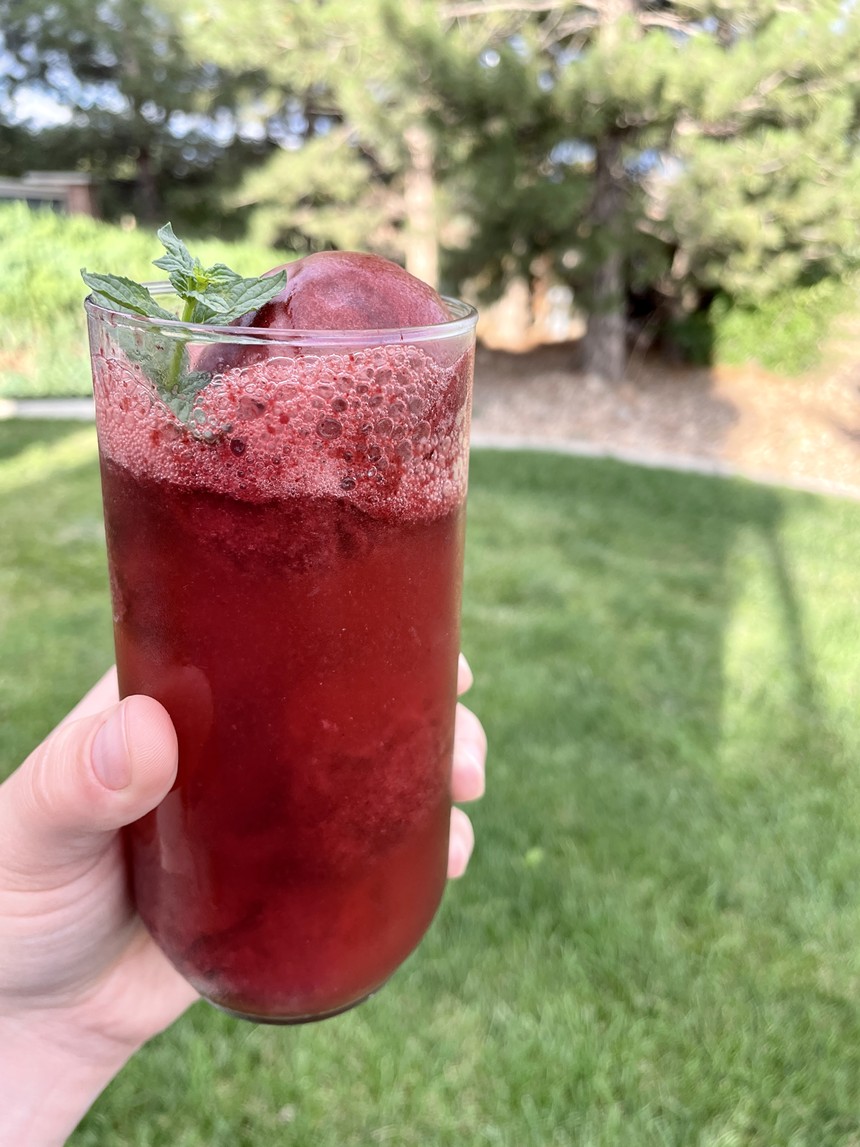 Make Pint’s Peak float at home with any sherbet, your choice of liqueur and/or liqueur and sparkling water or soda.

How to use it: The Pint’s Peak team currently offers floats at their market stalls, so once you’ve tried (and become obsessed with) these floats, try making your own at home. Use 2 scoops of your favorite beverage or ice cream with 4 to 6 fluid ounces of beverage of choice (such as sweetened Oliko Ginger Beer, premium soda, or even fruity sour beer to pair with drinks).

To make it intoxicated, add 1 fluid ounce of liquor and/or liqueur. Since the flavors of ice cream rotate so often, you can try new flavor combinations every week. Here are some ideas to get started: Farmers Bonus Market Finds: Ice cream is a year-round treat, but be sure to pick up these seasonal items this month: