It’s a real treat in the morning – or anytime 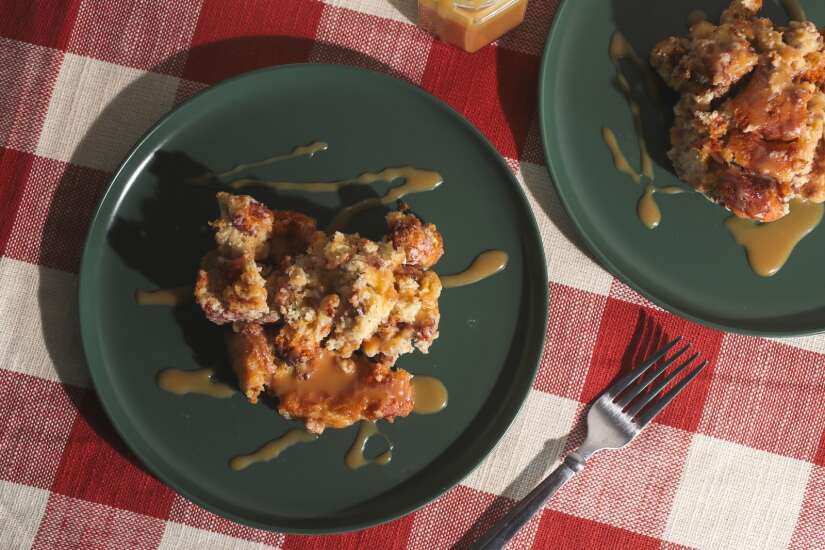 This sweet, sticky, sweet cinnamon custard is perfect to start or end the day on a chilly day. (Jeff Stiles/The Gazette)

I think I was six or seven when I first remember waking up early on a cold morning during winter break from school in Chicago to smell so sweet, rich, and amazing that I knew my grandmother must have been in the kitchen. Some of the delicious dishes I made (she was the “throw it together” queen).

I remember looking out the window to see beautiful white snow sparkling as if someone was spraying glitter everywhere and icy snow hanging from the rooftops as the sun reflected through creating beautiful rainbow pictures, before I ran into the kitchen hoping I wouldn’t miss it no matter what The smell of real cinnamon and butter that came from it because there are a lot of family members living in this duplex, and I was the clan leader. In our house, it was true that an early bird gets wormed!

I got to the kitchen to find my grandmother, my mother, and my aunts there talking and laughing. My grandmother was bending over in front of the oven using her comforter to remove a huge bowl that smelled so sweet that my mouth started watering and my stomach screamed, “Feed me!” The top was golden brown, all crusty and bubbly, but when I dug into the spoon to split the breakfast, I noticed it was a bit creamy.

I’m curious of course, so I inquired what she gave me before I took a bite. She replied, “It’s candy bread. Now eat it!” and she points to me with her wooden spoon.

I will admit as the “throw it together” queen that she put whatever stale bread was available in it. Cornbread, white sandwich bread, which was an instant turn off for me because there’s nothing I dislike more than the texture of moist sandwich bread. After picking up the soft parts, I found the flavor amazing and comforting. Which brings me to how I started making my own version of Cinnamon Roll Bread Pudding.

I opened my Da Munchie Plug bakery in Lindale Mall on November 19 and had some cinnamon rolls that hadn’t expired but exceeded my personal standards for freshness available. It was too good to throw away but not fresh enough to sell, so my mind drifted to a cold winter morning, when I decided to try my hand at cinnamon-wrapped bread pudding.

Oh man, I’m glad I did too, because the hype about my Cinnamon Roll Bread Pudding has grown so much, that’s why I decided to share it with you.

My choice of cinnamon rolls is cream cheese or white cinnamon rolls, but of course, like all of my recipes, the possibilities are nearly endless. You can use iced maple rolls or pumpkins. You can add apple pie filling or dried cranberries and white chocolate chip sauce. I prefer the caramel sauce that I use at home which I now sell in jars because people love it so much.

No matter what flavor you crave, you can probably add it to this bread pudding and make it a hit.

Now that our bellies are hungry, let’s roll up our sleeves, wash our hands, and start creating our own version of Cinnamon Roll Bread Pudding!

You can reach Michael Madden at Da Munchie Plug LLC on Facebook.

This sweet, sticky, sweet cinnamon dessert is the perfect way to end a meal on a cold winter’s night. (Jeff Stiles/The Gazette)

2 and a half cups

Sprinkle a cup of sugar over the layer of cinnamon rolls.

Then (paying more attention to the corners) pour the remaining cup of heavy whipping cream as well as half and half over the cinnamon roll layer. The liquid should be in the middle of the pan but not covering the cinnamon rolls.

Bake uncovered in a preheated oven for 55 to 60 minutes. Take out from the oven and cool. Serve it hot or cold. I like to add caramel sauce on top.

Half a carton of evaporated milk

A can of whole sweetened condensed milk

In a heavy, medium saucepan over medium heat, melt the sugar and butter, whisking constantly, until they come together without allowing the sugar to burn too quickly.

Add a little evaporated milk and vanilla to cool the sugar a little. Then, while stirring, add the remainder of the evaporated milk. It will be a little wispy, which is what we want at this point for the caramel sauce to boil without burning.

Once the sauce comes to a quick boil, remove from heat and add a little sweetened condensed milk to help cool it down a bit. While slowly stirring the sauce, pour the rest of the sweetened condensed milk into the stove and place it back on the stove on the low heat, stirring constantly to avoid burning areas. Bring to a boil, then turn off the heat and let it cool for 10 minutes, or use it right away.