When it comes to canning things, Japan is falling behind. There are beautiful canned cakes, delicious canned curries, and even questionable canned railroad blocks. So when we had the resident foodie, and lovers of all things canned, Mr. Sato discovered that Japanese company Shugei had a batch of what they called Sharican Canned Sushi, he had to give it a try.

The three flavors of canned Sharican sushi that Mr. Sato chose were mackerel (saba), eel (unagi) and Tajima beef (beef from Japan’s Kobe Prefecture). Each can cost him 1,100 yen for a total of 3,300 yen.

He was curious about what the sushi looked like. Will it be common? Nigerian Sushi where the topping is placed on a block of rice, or is in a roll, such as maki sushi? He had difficulty photographing either version in canned form. 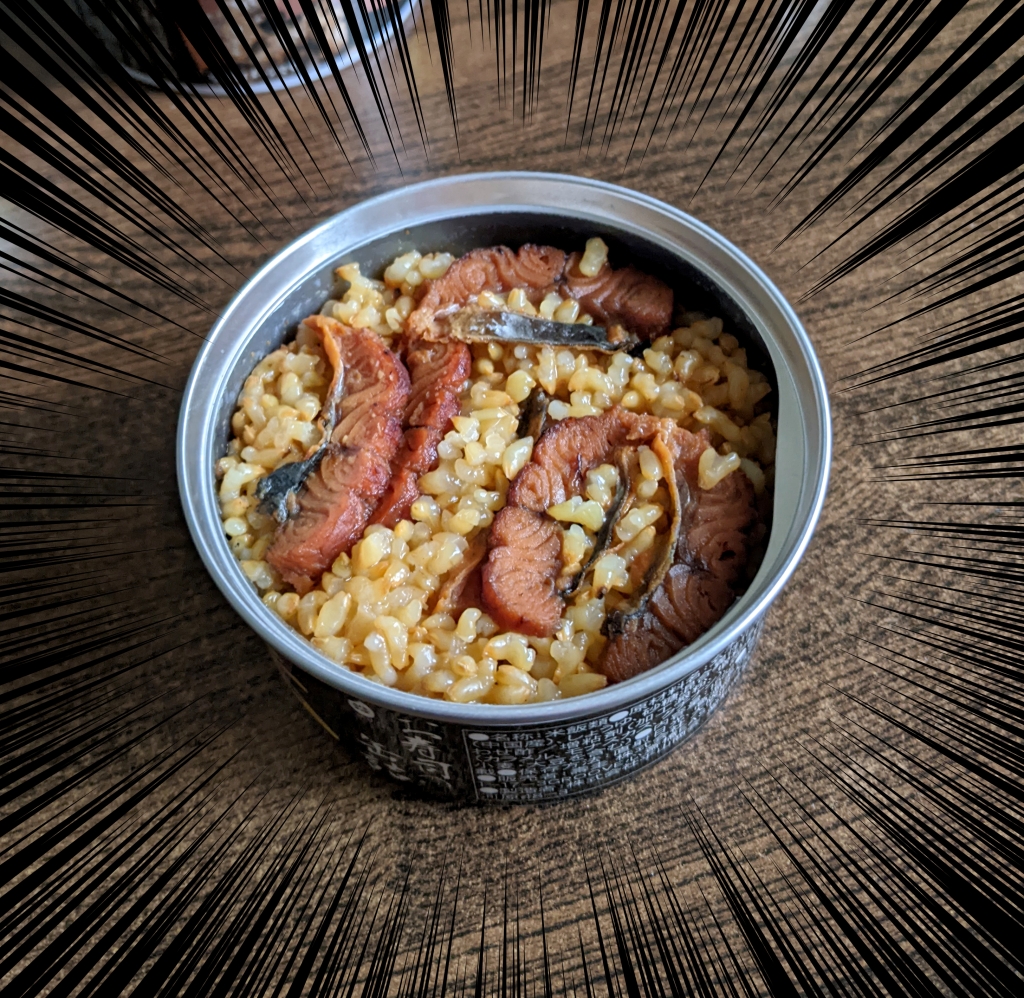 It was…not like sushi! He was a bit disappointed that it wasn’t in the shape of nigiri sushi as he had hoped. On the other hand, it seemed a little more appetizing this way.

▼ And when he opened a can of mackerel sushi, it was the same deal. 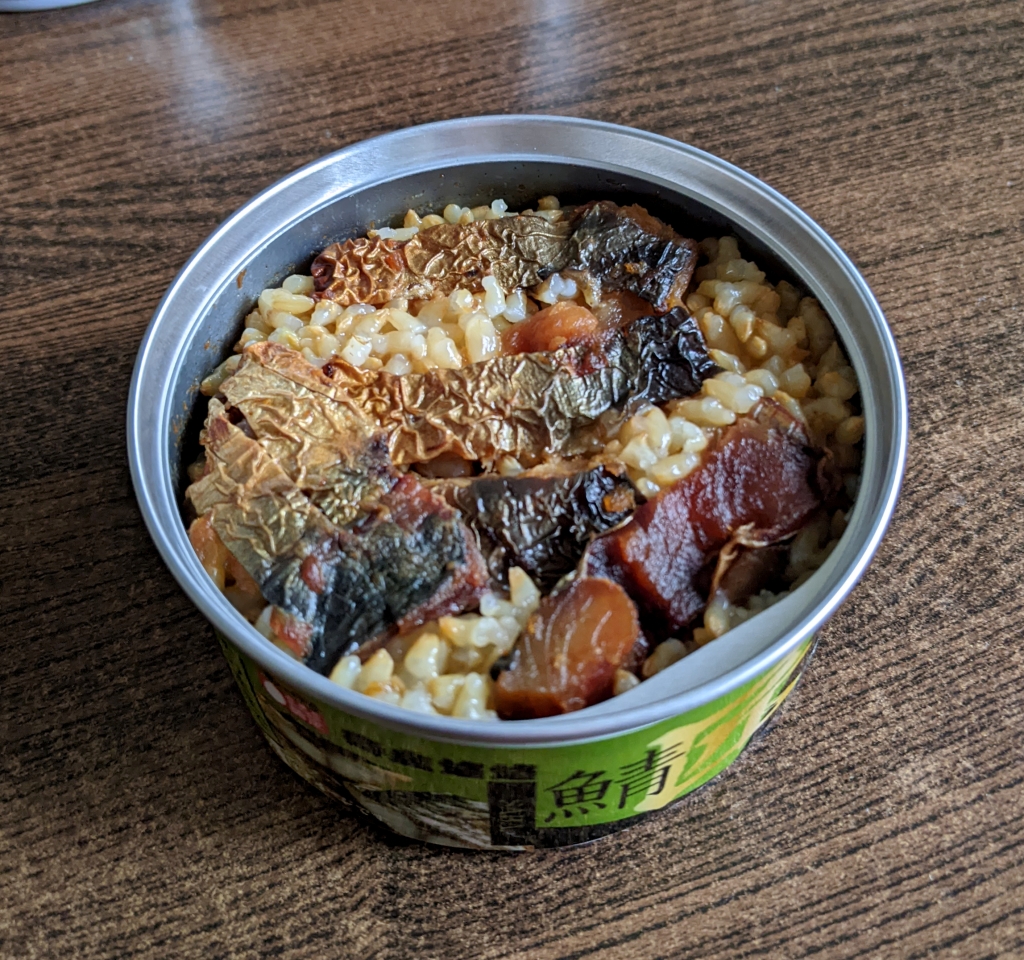 The last thing was beef. Beef sushi isn’t the most common menu item, to be fair, but still…

▼…isn’t that more like a bowl of beef than sushi? 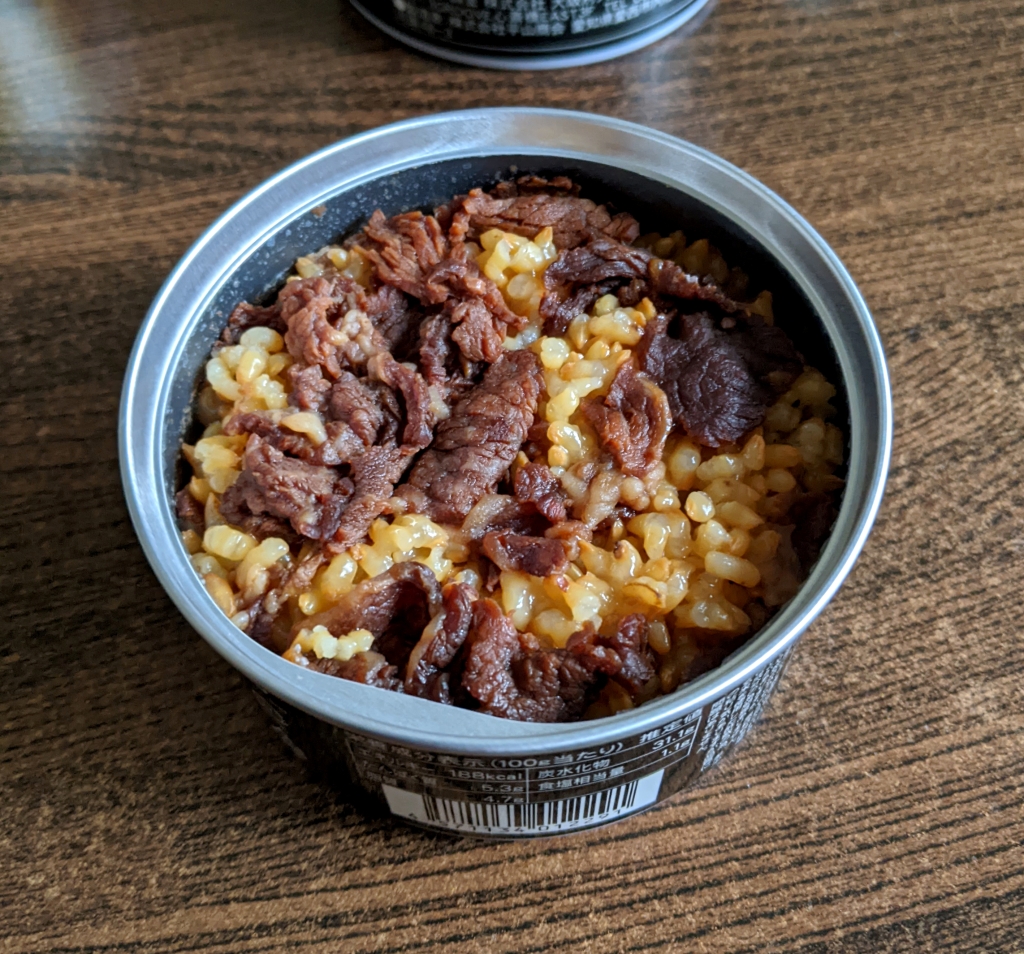 Mr. Sato arranged them and put his thoughts together. “This looks more like Takekumi Johan (cooked rice mixed with different ingredients) of sushi.”

Maybe the flavor can help retrieve the name of the product? When Mr. Sato took a bite, he found the sushi rice became sweeter and sweeter the more he chewed it.

▼ Similar to regular sushi rice? Not really, to be honest. 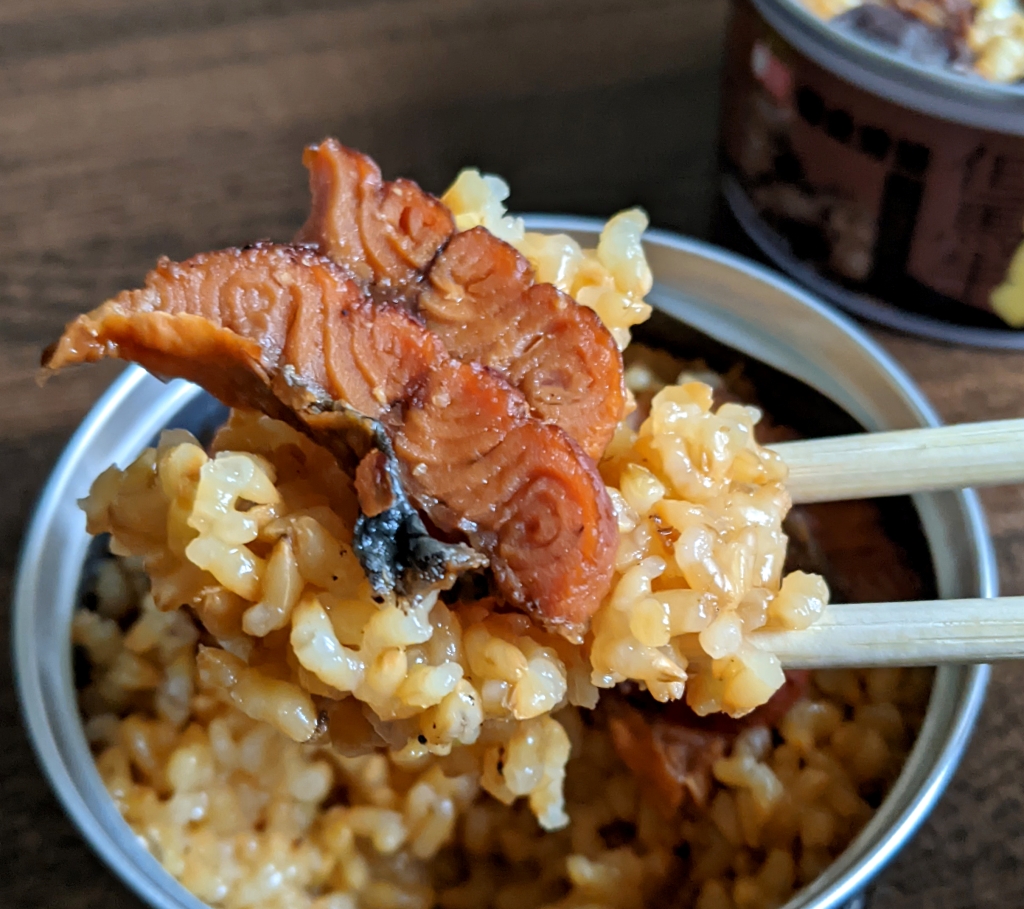 Besides the fact that the eel was cut into small pieces, he thought it tasted a lot like Takekumi Johan As it looked. 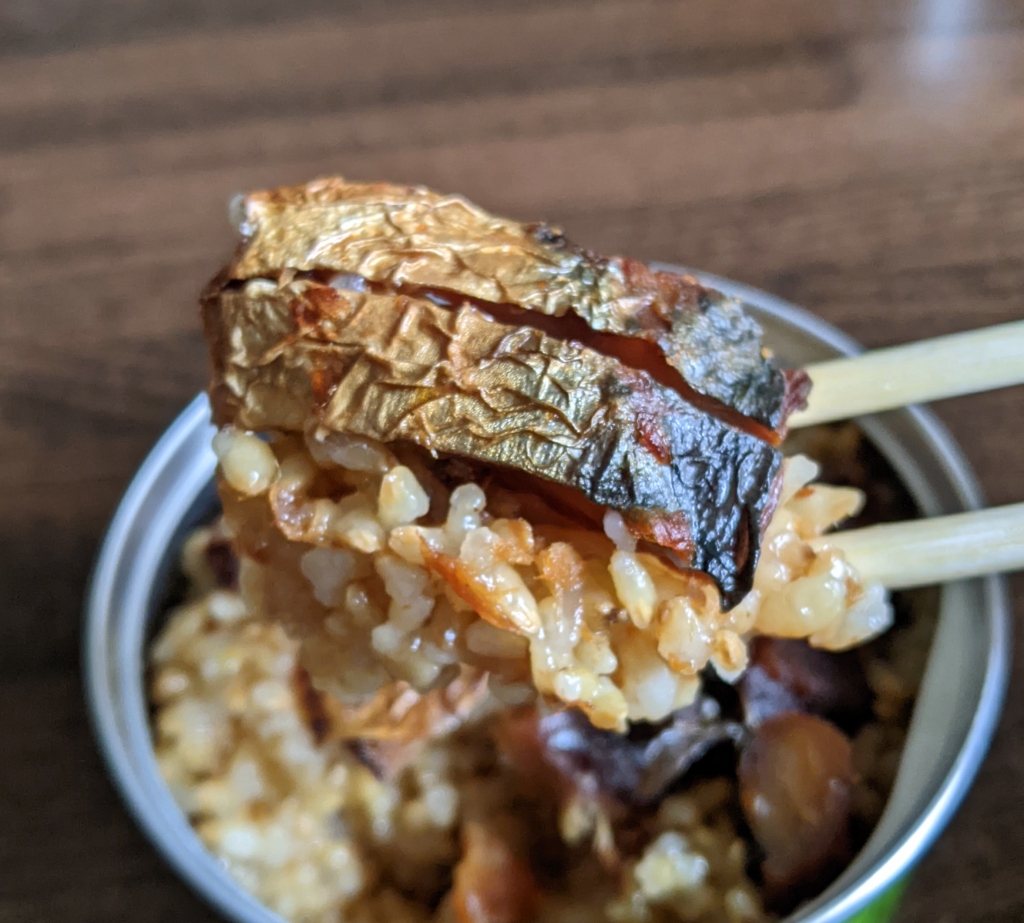 He felt so particular with beef, that he completely forgot it was meant to be canned sushi. 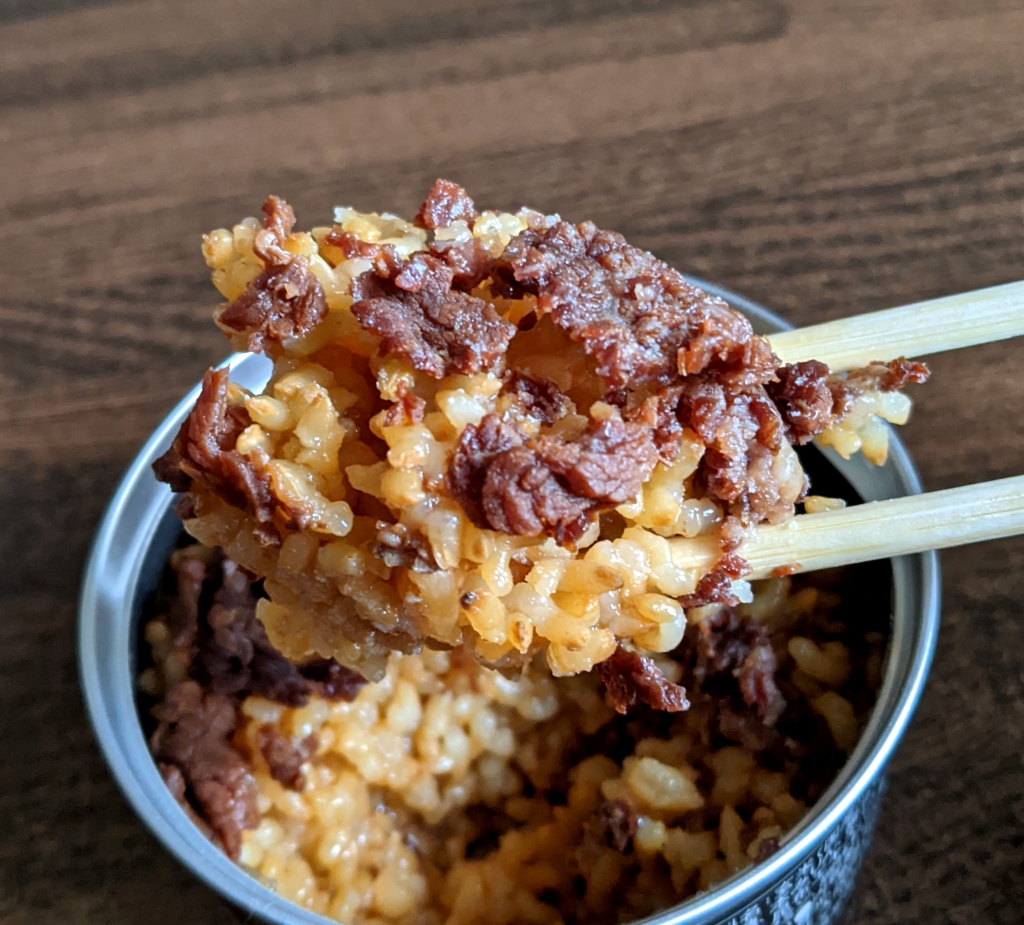 So, was it worth buying? If you’re looking for actual canned sushi, don’t do it at all. But Mr. Sato would definitely recommend this to people who like to try exotic canned foods or people who want to try a canned version of Takekumi Johan. Either way, he’s back to his canned beef dishes.