aI have to be honest: Ramen Food Court doesn’t set a high standard for noodle soup anywhere outside of Japan. It’s not like the dishes found in independent shops with U-shaped counters and two noren curtains hanging at the entrance. But what if I told you that a ramen chain built its reputation on healthy and delicious broth just opened its first international location in a Hawaiian food court? You’ll be skeptical – but curious enough to try it.

Oh boy, did Kamukura Ramen exceed my expectations of what a ramen restaurant could be. Located in the long-vacant Sobaya space of the Lānai Food Court in the Ala Moana Center, Kamukura hails from Osaka – the coastal city in western Japan built by hardworking people with a voracious appetite (my kind of people). A second location is scheduled to open in Waikoko on the ground floor of the new Lilia Residential Tower behind International Market Place.

Kamukura’s original story is that Masato Fuse, a former French chef and restaurateur, sought to improve his ramen so that it could be enjoyed daily. He founded his chain in 1986. Today there are over 65 stores, mostly in Tokyo and across the Kansai region.

Kamukura’s Oishii Ramen ($13.99) is the chain’s signature soup. Its base is a consomme-style clear broth with pork and heaps of napa cabbage. Dishes vary in toppings of pork chops, grilled pork chops, green onions, medium boiled eggs, and kim chi ($16.98 to $24.47). The noodles are curly type with a light chewiness. When you dip a spoon into the broth, little pockets of shimmering fat swirl into the broth, but it’s not as heavy as its pork-bone-based cousin tonkotsu. It’s clean, refined, subtly sweet from slushy cabbage, and surprisingly familiar to those who enjoy motsunabe. I would honestly order a cup of Oishii broth to sip on with dinner any day.

Ramen formulations are also available, but know that they come with a high price. The combo I ordered, #38, includes ramen topped with chopped green onions, chashu and seasoned eggs, plus chicken karaage and a drink for $29.45. * Emoji of hands on an open face. * For ramen dining hall? At least serve it in a proper casserole! 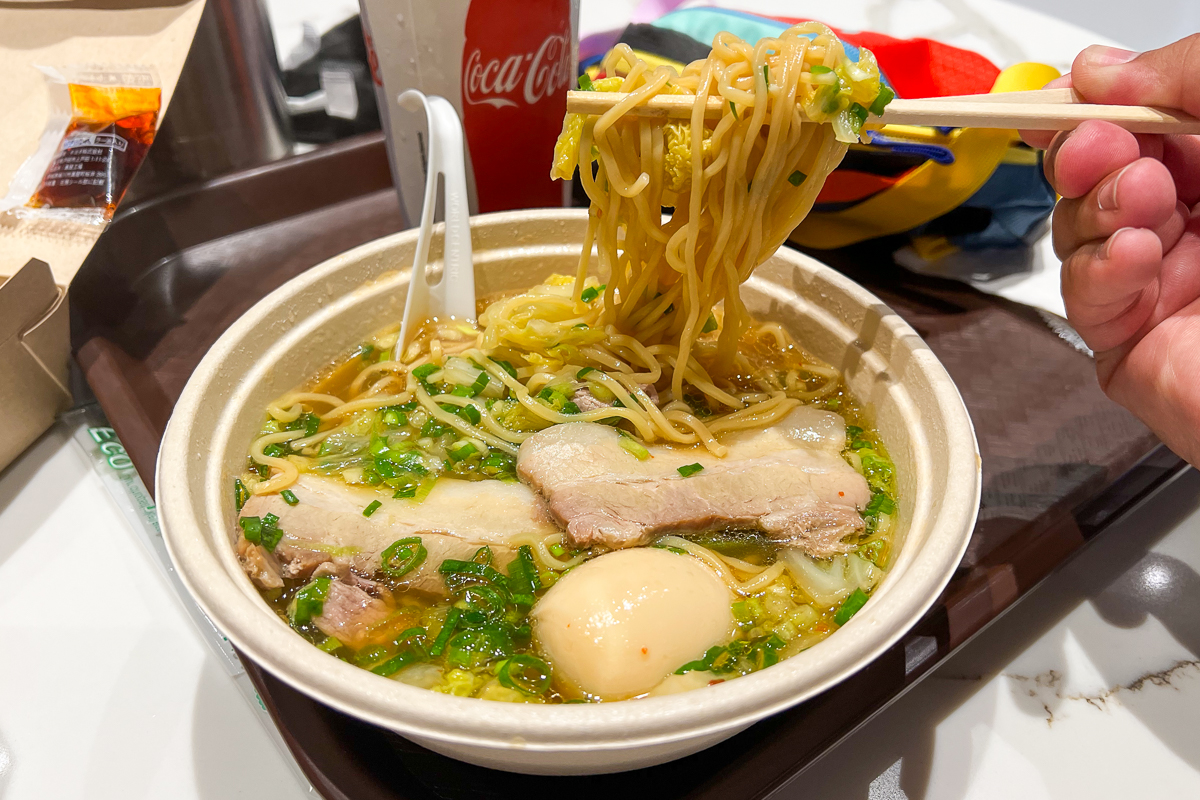 Aside from inflation, the combo is enough food for two to comfortably share, so consider this option if you’re on your budget. You may also want to order the Karaage Fried Chicken, which is incredibly crispy and seasoned to bring out the juicy crumbs. If you’ve got a new Famichiki from Family Mart, you’ll love this garage. 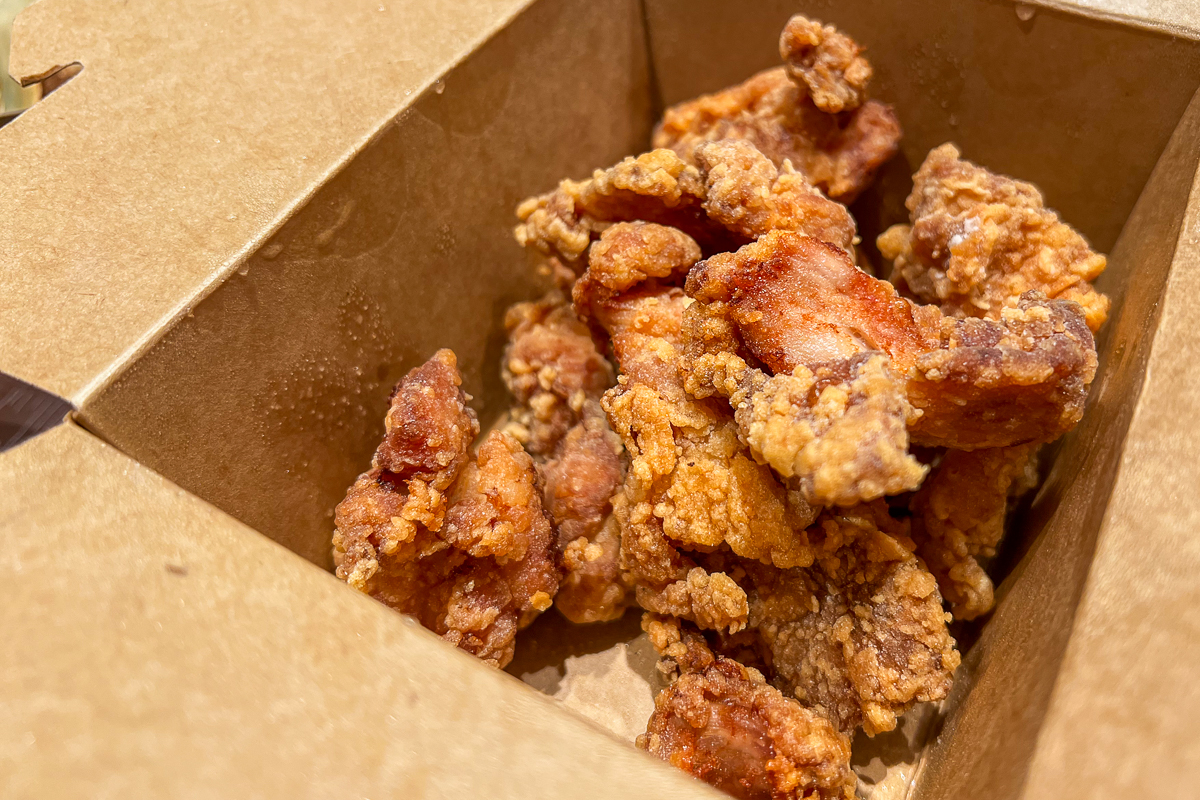 Add to my order a side dish of gyoza ($7.99), which takes a little longer to prepare as it is fried on the surface. The rubber wrap hides the green chives-dotted pork filling. It tastes like Obachan folded them this morning. Between gyoza and karaage it’s a tough choice which one is better, but in the end I consider the winner to be the chicken. 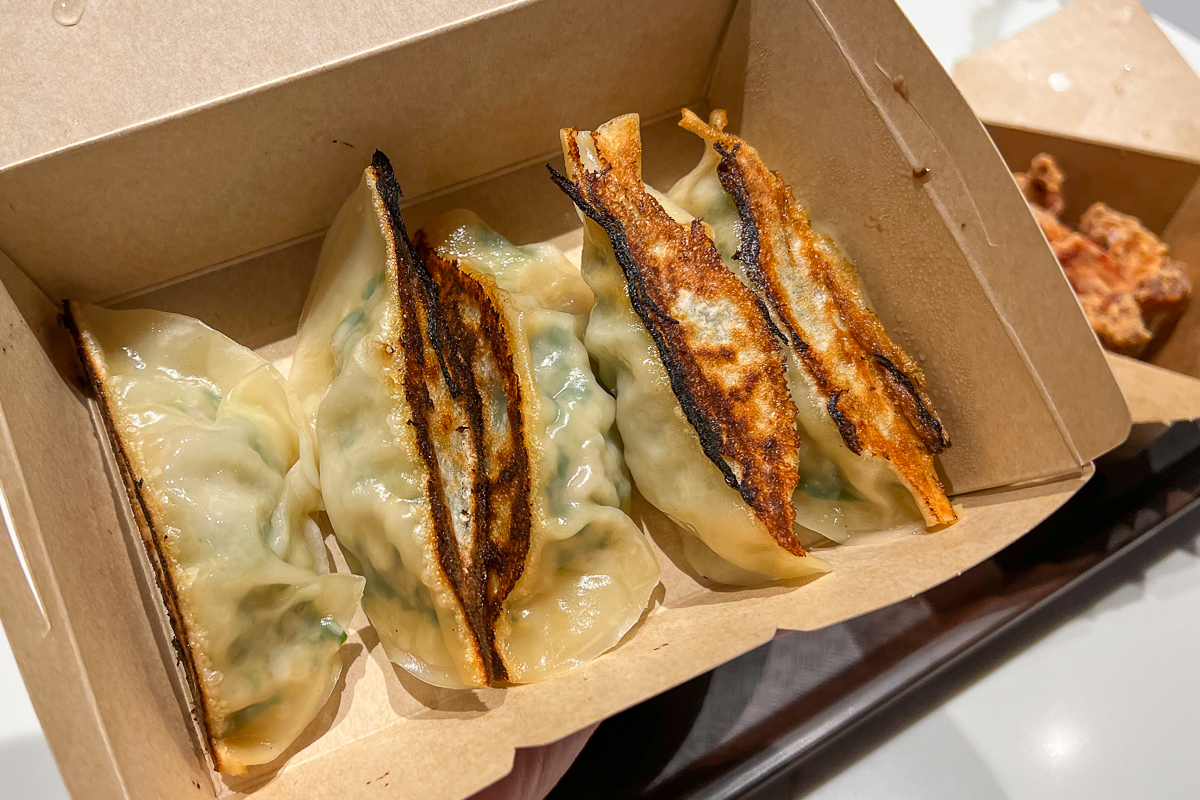 Soon, you’ll also be able to order bowls of beef donburi and other items that often appear on the menus of local ramen stores. I’ve also discovered Aloha and Mahalo cans with what appears to be musubi and onigirazu sandwiches due to be served at a later time.

Kamukura Ramen may be the best ramen restaurant in Hawaii’i, but it comes with a big catch: You’ll need to shell out the full amount if you want anything more than soup and noodles. I can’t fault a place for putting a premium on their offerings, but if they wanted us to eat there every day, they would need to apply something akin to Japanese ramen pricing. Until then, ramen made by chefs in hats will be a fun meal now and then.