It seems that the great wave of lockdowns that plagued 2020 and 2021 is finally waning. There’s only one closure in south Minneapolis to announce, but it’s sad because we had so much fun announcing the opening and then had to follow up with a horrific story of a shooting that hit one of their employees. This bad star although very decent place was Side Chick in the Lyn-Lake area. Maybe the name?
On the plus side, there are still plenty of brave food entrepreneurs announcing openings, expansions, and launching new ideas. One of the openings that I am glad to see, being a library lover, a city center girl, and a coffee lover, is a non-profit organization called MARCH (Mobilizing and Releasing Caring Hearts Inc., which guides urban youth by running coffee shops) a coffee shop called Mocha Momma opens in The space inside the Minneapolis Central Library that used to host the Dunn Brothers. I missed that Dan Brothers so much! I expect to adore Mocha Momma.
In other news, an expansion and a comeback. Afro Deli, the small chain founded by Abd al-Rahman Kahin on Riverside Street in the West Bank, has already expanded to the Minneapolis Hanging Road, Stadium Village, and St. Paul, while she had to shut down her original site. Now it is opening another expansion again in the West Bank, a block or so away from its starting point.
More good news from downtown Minneapolis is that the Minneapolis Women’s Club has opened its famous rooftop patio to the general public for dinner Thursday through Friday. It was already open to everyone for lunch on Fridays only. Finally, a Rochester-based fast-food burger chain (if announced to open on July 1) has opened a location in Apple Valley. The series is called Newt’s and the new Twin Cities outlet is Newt’s 46.

With the Nicollet Mall farmers market opening in mid-June and the Four Sisters Farmers Market on Franklin Street in early June, I think all the markets opening this summer are open — and thriving. If you’re like me and still wear masks in grocery stores but not outdoors, you’d welcome the opportunity to shop outdoors.

Two more Starbucks in Minnesota have had successful union elections since the last time I checked in. Welcome to the United Workers Family at Starbucks on the first floor of the Mall of America and also at Starbucks in St. Anthony.

Minneapolis/St. Paul Business Journal has an article about O’Shaughnessy Distilling Company in Minneapolis. O’Shaughnessy was founded two years ago by two brothers from St. Paul Irish American is called O’Shaughnessy, and they first made the news when they were prepping for the first time in their Prospect Park distillery and cocktail room. The big uproar was that they hired Jameson’s main distiller, Brian Nation. Their initial release was Irish + American, a whiskey distilled using Irish processes with three copper decanters, but using American grain. They followed that up with American single malt, then Irish + bourbon, as well as several specialty blends with a new “finishing” (additional flavors carried over in the cask stage). The last one released ended up with maple syrup.
The recent article focused on its explosive rapid growth in selling to bars and retailers around US CEO Mike Duggan, formerly of the Phillips Distilling Company, and noted how unusual it was for a handicraft distiller to be shipped to 22 states within the first 18 months . He credits this with communicating their message about how the new whiskeys are made in the world. “It gave us the ability to have, in fact, distributors calling us saying, ‘Please come to our state,'” he said, “which hasn’t happened many times in my career.”

The Longfellow Business Association launched a promotion for Eat Local in early June, but it runs through the end of July, so it’s not too late to take advantage of it. You buy a punch card for $10 at the first participating business you sponsor, take their BOGO show, then take as many 16 participant shows as you can. See www.longfellowbusinessassociation.org for a list and their individual offerings.
Most of the participants are familiar food and drink spots in Longfellow – Wildflyer Coffee, All Square and Arbeiter Brewing are there – but one is a little different. Eat for Equity is a chef-driven meal kit company that operates out of what was once the Du Nord Craft Spirits cocktail room, and offers the option to pay what you can. (It’s run by the same people who run the distillery but they no longer run a cocktail room.) I’ll be making a rare trip back to the meal group area next week to try it out. I’ll tell you what I think of August.

At least they are here, displaying a sprawling range of herbivorous butcher products. They only had one at Palmer’s Bar, of all places. Sorry, that’s all I have; This is the post. 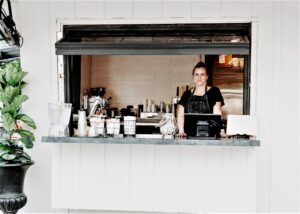 I tried un dito at ie Italian Eatery in June. This is a quick casual extension of, for example, panini, homemade gelato, sorbetto, drinks, apps, and snacks with a choice of eating on the patio, eating outside or inside in a small space until 4pm I ate inside, all on my own, and it’s lovely – You must try it out sometime. I had what was advertised as Portabella Panino. She was also beautiful. Very tasty, but it wasn’t panino. Paninos (apart from Panini) are meant to be grilled in a panino juicer with olive oil or butter, with the sandwich’s interiors crushed flat and the exterior crisp and fluffy. This was basically a veggie burger where the burger was a large grilled portabella mushroom with the fixings. It was in a hamburger bun or something similar. Big and soft, moist and messy to eat, no crunch. Not panino. I also had lemonade at home, and it was good. I might come back later to try the homemade strawberry sorbetto, which sounds interesting. 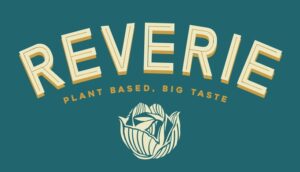 I finally used a Reverie gift card I got as a perk to help fund the opening. I had smoked brussels sprouts appetizer and main course salad called BLT salad but also had croutons and vegan caesar dressing. Bacon is grilled, smoky-flavored slices of shiitake mushrooms. These two were fine but my choice to have them together was poor, as they were very similar. There is no corresponding point. Counterpoint is essential to a fine dining experience. And for me they both had the same slight lack of deliciousness (and that’s just me). I would have preferred less smoke, more texture, more creamy stuff – cashew cream topped with sprouts and dressing on the salad. They both had these, but too stingy for my sensual tastes. It doesn’t have to mean a stingy vegetarian.
I also had a Cider Werks Social Strawberry Dairy. It was fine, but I couldn’t finish it. Local cider seems a bit too high for my ABV, or maybe that’s just my age. Didn’t really taste much strawberry, although the color was nice and bright. I think the combination of dry apple juice and lemon beat the strawberry. 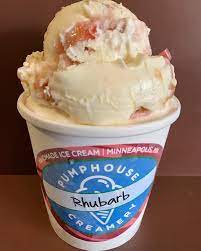 I seriously fall in love with Pumphouse Creamery. First was the olive oil infused with lemon and sea salt (LIOOSS). Then the ice cream was decaffeinated using coffee from a local roaster. Then their brother Justus Whiskey’s ice cream was. On my last visit I would have chosen between rhubarb, which just came out this season, and LIOOSS. I ended up getting both and talking about trying a new one – Askinosie Chocolate. The rhubarb is excellent but… oh. Mine. goddess. Eskinus! Hurry up and grab this limited edition series of ice cream while it lasts. Before you ask (because I did!) Askinosie checks all of my ethical sourcing boxes as well. If you can’t get enough of ice cream, Askinosie Chocolate is also available online at askinosie.com.