“Countries that Koreans like to travel to the most,” JoongAng Ilbo reported via Chinese social media platform, and the word “Taiwan” came in seventh and is accompanied by the so-called national Taiwan flag, on July 15. Source: Sina Weibo.

The South Korean newspaper JoongAng Ilbo, in response to a controversial post on its official Weibo account that was deleted on Saturday morning, said that the incident was a mistake made by its employees and that the outlet would complete its management system to prevent it. Similar errors from happening in the future. The newspaper told Huanqiu that they “always respect the one-China principle.”

On July 15, JoongAng Ilbo reported on the Chinese social media platform “Countries that Koreans like to travel to the most,” with the word “Taiwan” written at number seven and attached to the so-called national flag of Taiwan.

Quoting a survey by Visa, a global financial services company, the report said that with the gradual restart of overseas travel by COVID-19, the countries South Koreans would like to travel to are Japan (20.5 percent), followed by Vietnam (9.7%). , Thailand (8.2%), the United States (6.5%), Singapore (5.2%).

Moreover, some “pro-independence” media on the island of Taiwan, such as the “Liberty Times”, have promoted Korean media reports to promote the so-called independence of Taiwan.

A review of Chinese and Korean articles in the Joongang Ilbo newspaper found that the articles only mentioned the top five travel destinations for South Koreans, without mentioning the island of Taiwan at all, and did not use controversial images.

Sakong Kwansuk, head of the Chinese version of Joongang Ilbo and researcher at the China Institute of Joongang Ilbo, said in an email to Huanqiu on Saturday that other images were used when the original images in the Korean report could not be uploaded to Weibo due to copyright issues, and they have now been identified. Wrong post and delete it.

The newspaper said that the accident was the fault of the staff responsible for social media operations, and that the newspaper will strengthen its management in the future to prevent similar errors from happening again. 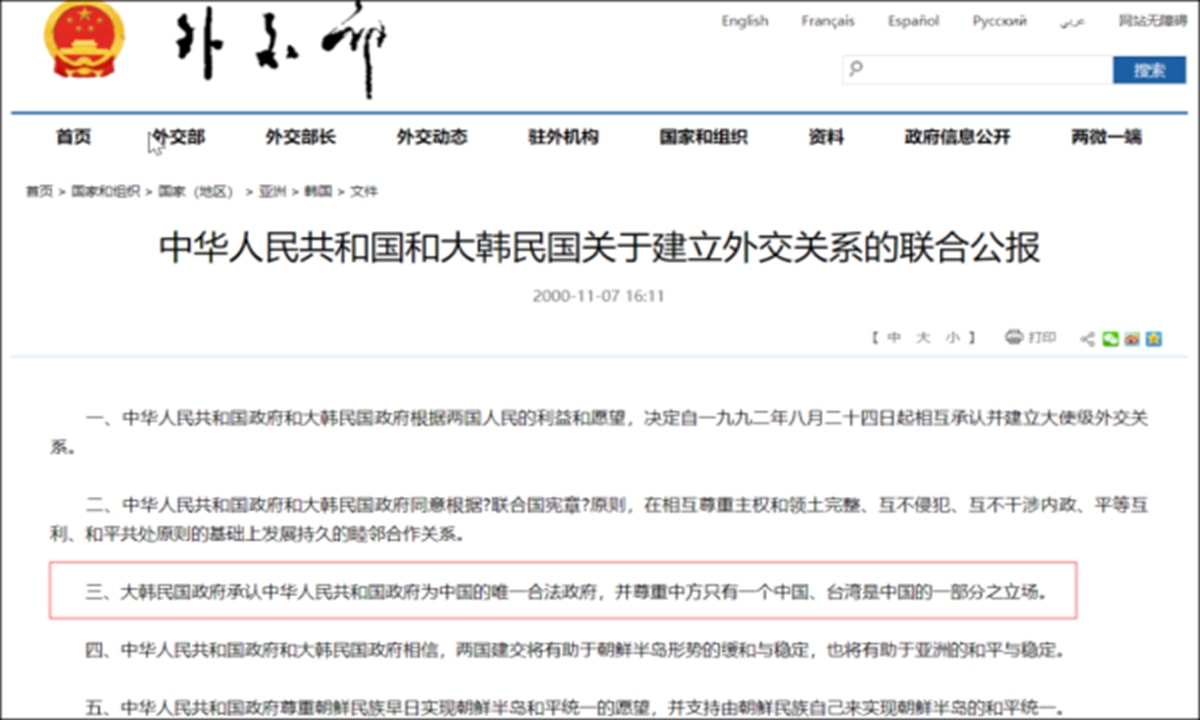 Joongang Ilbo also emphasized that she always respects the one-China principle, which was included in the Joint Statement of the People’s Republic of China and the Republic of Korea on the Establishment of Diplomatic Relations on August 24, 1992.