Titan Titan greets visitors to the “Attack on Titan” section of Universal Studios Japan in Osaka. (Kelly Agee/Stars and Stripes)

Enter the world of the horror anime “Attack on Titan” at Universal Studios Japan in Osaka, but hurry because gravity closes on August 28.

A giant titan greets guests as they enter this section of the park. It’s a small part, but for anime fans a must see. There are not many attractions, so plan to spend three hours, on top.

The main attraction is the “Attack on Titan” XR Ride. The Titans, enemies of the series, are giant pseudo-humans who destroy the village and eat the villagers.

Even for guests who have not seen the horror anime, it is worth a ride on this unique roller coaster. It is unique in that the riders wear realistic stretched headphones as they cross the roller coaster track.

The characters speak Japanese while riding, but you don’t need to understand the language to enjoy the experience. The theme of the trip is that the giants have left the city in ruins, and Levi, the main character in the anime, leads the Survey Corps on a rescue mission to deliver you and the other survivors safely to the inner walls of the city. 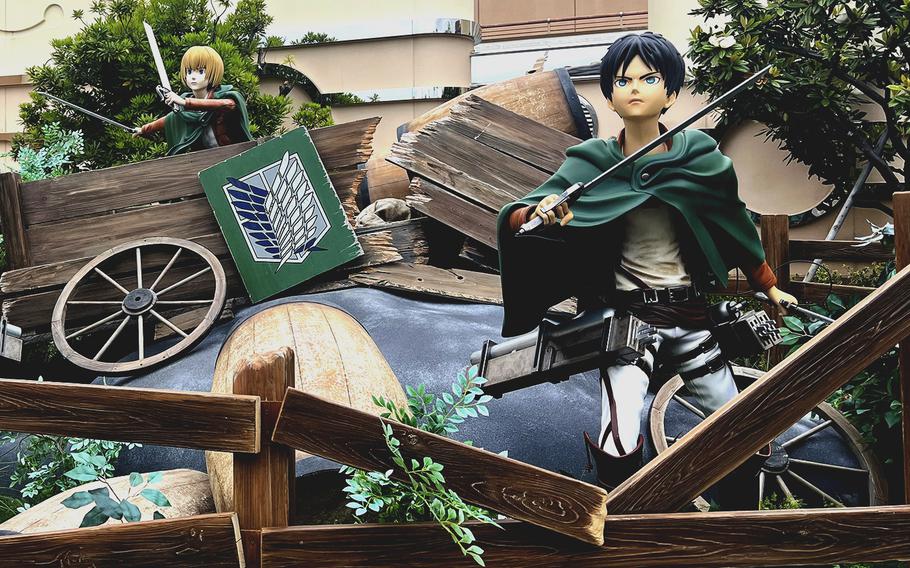 In your mission, an unexpected attack derails the operation and into the Titan area. While riding, you are watching a screen in the headset and feel the ship as it moves along the tracks.

The ship moves quickly through tight drops and turns. Also, the Titans on display in VR headsets are pretty intimidating, so I’d recommend living the little ones for this ride. Height requirement is 102 cm, or 3.3 ft.

I stood in line for an hour and a half on Monday for a rollercoaster ride, but the single rider line took less than half that time. Therefore, those who have a tight schedule may want to use this option.

Titan merchandise is available off the ride, including T-shirts, mugs, pens, key chains, blankets for their favorite characters, and items from the cartoon. 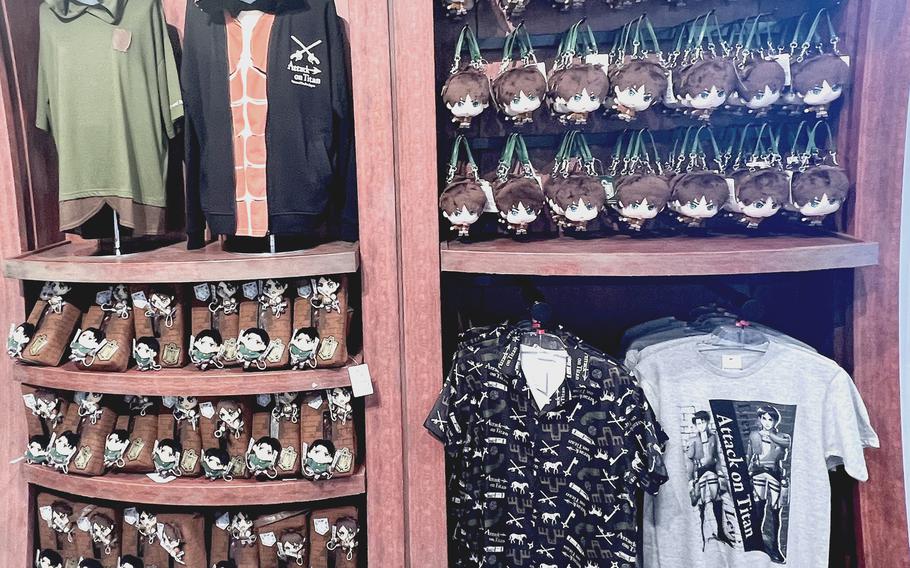 The “Attack on Titan” section of Universal Studios Japan in Osaka features a selection of souvenir merchandise. (Kelly Agee/Stars and Stripes) 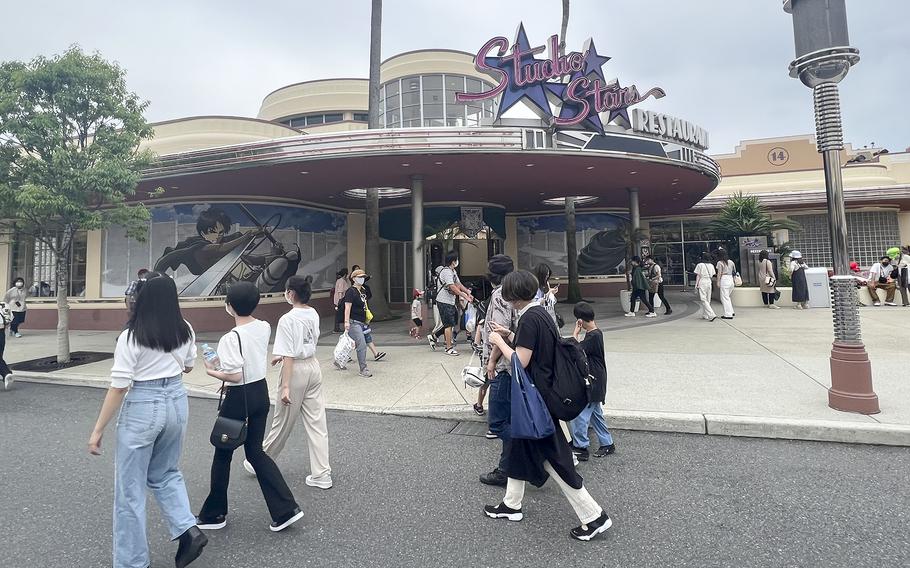 times: Open Monday through Friday, 10am-7pm; Saturday and Sunday from 9 am to 7 pm

food: At Studio Stars, dishes include butter chicken and tea-flavored roast chicken with sides for 2,200 yen or $16.84. The kid’s meal includes bacon, a hamburger steak with sides and an orange drink. “Attack on Titan” souvenir mug is 530 yen, or an additional $4.06. The food cart offers a chicken-stuffed bun for 650 yen, or $4.98, or a bucket of popcorn with tea-flavored popcorn in a souvenir bucket that’s pricey, even for the super-fan, at 4,500 yen or $34.44.